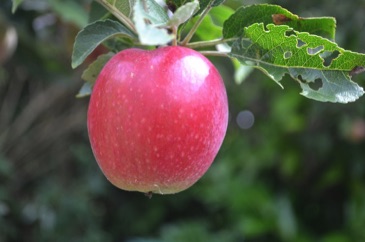 At Hackney Leys, in the Derwent Valley in Derbyshire, we have been working to help nature recover across five acres of land since 2007. The site consists of two fields – one of which is rewilding, the other of which is managed as a traditional hay-meadow.

In the rewilding area more than 300 native trees have been planted, with others allowed to naturally regenerate. The field has been left unmown to provide a rough, 'unimproved' grassland habitat – creating the ideal habitat for small mammals, which are in turn prey species for birds such as barn owls. Scrub has been allowed to regenerate. In one area, an orchard of over 40 fruit trees has been planted, including traditional, heritage and local varieties. The site connects to a wildlife garden with hedgerows, nectar-rich planting, and a pond.

In the meadow, we have encouraged wildflowers, with over 20 species having been identified. Drystone walls have been maintained, including with the help of TCV (The Conservation Volunteers). In both fields, buffer strips of biodiversity-rich scrub have been maintained.

This nature recovery story began in 2007, when our family bought these two fields, together with a neighbouring two-acre field, in 2007.

Our aim was to maximise the land's social and environmental benefits – for people, nature and climate.

We also wanted to protect it from intensive agriculture. The authoritative State of Nature report – which has documented catastrophic declines in the UK's wildlife, which have left us as one of the world's most nature-depleted countries – says the evidence from the last 50 years shows that significant and ongoing changes in how we manage our land for agriculture, and the ongoing effects of climate change, are having the biggest impacts on nature. We also wanted to protect the land from harmful development based on profit rather than principle.

Native trees, including birch, rowan, hazel and oak, have been planted in the rewilding area

Wildflowers in the meadow include ox-eye daisies, red clover and vetch

So we set out with a vision to do something special, that would boost biodiversity locally, help tackle climate breakdown, and improve people's quality of life.

I have worked with environmental and social charities – including those focused on health and wellbeing, homelessness and housing – for most of my career. So I was keen to bring together a holistic approach based on the fact that nature and people are not separate, and that both nature and people matter.

It's not all been plain sailing. The initial purchase was a financial stretch for us. Our approach towards management of the fields also means that, since 2007, we have drawn no income from them, apart from a small amount from haymaking. Meanwhile, there have been significant, on-going annual costs. Our family situation also means it has become a struggle to retain this land in the long-term.

To make matters more challenging, soon after the purchase we began receiving approaches from developers wanting to purchase all seven acres. We found ourselves faced with a Catch 22 – we could not afford to keep the fields forever, but should we sell the land, it would almost certainly be land-banked by developers.

Perhaps the worst-case scenario here would see the land used for intensified agriculture, with all the associated environmental impacts, and then finally developed.

So how could we keep the rewilding and nature recovery land off the market indefinitely?

Our solution to this financial conundrum was to aim to do something socially and environmentally beneficial with the neighbouring field of semi-improved grassland, that was not part of the nature recovery project. Around 2008, our local council approached us with a view to submitting this land, which adjoins an existing development, for consideration for inclusion in its forthcoming Local Plan for housing.

With far too little affordable housing in our local area and nationally – a huge worry for future generations – we felt this could be an opportunity to ensure that at least a few of the houses (perhaps just two dozen or so, given the small size of the site) identified in the Local Plan were part of a nature, climate and people-focused project which could act as a model and inspiration for other developments.

We initially had some concerns around greenfield development. However, our research showed that a 'greenfield bad, brownfield good' narrative is often unhelpful and counter-productive for biodiversity.

Many conservationists are at pains to point out that development sites need to be assessed on a case-by-case basis.

As organisations such as the RSPB, The Wildlife Trusts and Buglife state, many brownfield sites, for example, are wildlife-rich and offer much-needed and declining habitats. These sites are often superb for rewilding. At the same time, greenfield sites can be low in biodiversity – or worse, when managed intensively such as through the use of chemical fertilizers and with livestock pumped full of antibiotics, they can be actively damaging the environment.

The charity Butterfly Conservation talks about about 'greenfield deserts and brownfield havens'.

As the projects manager at Buglife has said: “Brownfields are often some of our last remaining havens for nature in an increasingly managed landscape – whether urban or the countryside… As much as we would like sites to fit into neat pigeonholes, they often don't. If we want to prioritise wildlife, then sites must be assessed on the basis of their wildlife value, not whether or not they fit the ill-defined and outdated criteria of brownfield and greenfield."

In our local area, for example, Cawdor Quarry contains a Site of Special Scientific Interest, with a rich assemblage of fauna.

So one of our first steps was to assess the two-acre field's biodiversity value by commissioning a professional ecological survey. The survey paid particular consideration to the potential presence of bats, breeding birds, badgers, amphibians and reptiles, as well as to UK and Local Biodiversity Action Plan priority species.

The findings concluded that the semi-improved grassland was of low biodiversity value. This included that the site 'provided only limited foraging and commuting habitat, due to the absence of strong linear features or structurally varied woodland and scrub habitats that could provide good foraging potential', with limited bird nesting opportunities, no suitable amphibian breeding habitat and no evidence of reptiles.

The findings showed that the dominant habitat within the site comprised of semi-improved grassland, which supported a moderate diversity of common flowering plants. It was not observed to support any rare or notable species.

Derbyshire Wildlife Trust also assessed the site. The charity stated that the site is of low nature conservation value. When assessing the land for potential development, it said there were no known natural environment constraints, but there was the opportunity to enhance the natural environment. Nationally, the Wildlife Trusts have provided guidance for nature-rich housing development that can make a positive contribution to biodiversity, and to the health and wellbeing of people who live there.

We then drew up a plan, which we felt had the potential to achieve something really positive for our community while helping to tackle the nature, climate, health and housing crises, as part of the one-off opportunity provided by the council's Local Plan.

I presented our resulting vision which fused social need with high environmental standards and low-carbon sustainabilty, to our local council in a public meeting in December 2012.

We offered to work with the council to investigate other community benefits – possibly new informal open space, allotments and a small orchard.

The aim since then has been to provide a much-needed injection of affordable housing into the local area, with biodiversity levels on the site significantly boosted from its current low levels. In other words, it would be socially and environmentally beneficial – while showing how people and nature can thrive together.

We want to see the site enriched by fruit trees, native trees, hedgerows, hedgehog highways, swift boxes, and planting for bees and butterflies. As well as boosting biodiversity on site, this could serve as a model of wildlife-friendly new development, to inspire others elsewhere.

Bumblebee on apple blossom in the orchard area

If successful, the funds from the sale would in turn provide us with the means to protect the five-acres of rewilding and hay-meadow – allowing us to be able to afford to keep this land off the market for as long as possible, and to avoid it being land-banked by big businesses.

Following some five years of research and discussions with numerous developers, many of which did not share our vision, we eventually reached an agreement with a sympathetic developer that specialises in affordable housing.

All of this has come with a significant cost. We have rejected numerous approaches from developers, offering large amounts of money to develop all seven acres, even though only the two-acre field was eventually allocated within the Local Plan. It is also the case that affordable housing is less profitable than open market housing.

But ultimately, our belief is that addressing the nature and climate crises, and the need for good quality and affordable housing in a healthy, nature-rich setting, outweigh notions of profit at all costs.

Of course, our vision may not happen. It's been a long, exhausting and expensive journey, which is not over yet. We realise that the local council may not approve the eventual plans, in which case it is back to the drawing board.

We are realistic, and recognise that eventually we may need to take the painful decision to sell all of this land, which means so much to us and which has inspired the entire Little Green Space project we launched in 2008.

But for now, it's a journey of hope. We have a progressive, positive vision to improve quality of life and boost biodiversity, and to show that this positive approach can ensure that people and nature thrive together.